10 Ways to Let Go of a Toxic Relationship

10 Ways to Let Go of a Toxic Relationship 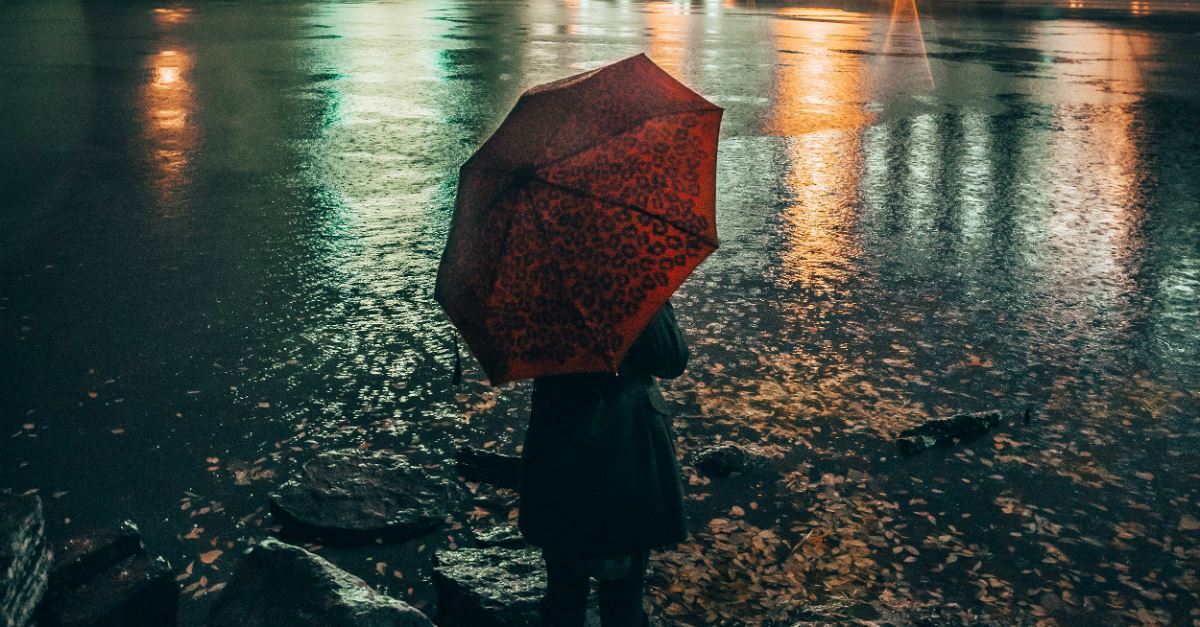 Angrily, I set out alone at midnight to retrieve my car on foot. A major thunderstorm was brewing, but I was so mad I didn’t care. I just wanted to get my car back as soon as possible. My boyfriend had borrowed it and failed to return it, again.

My umbrella fluttered in the wind as I stomped down a side street, determined not to let the storm—or even common sense—stop me.

As I passed by the creaking gates of an old cemetery, lightening lit up the gray tombstones. The wind blew so hard, I ran to take shelter beneath the overhang of the cemetery wall. As I huddled there, I realized that this madness had to stop. My boyfriend and I just weren’t right for each other. Our relationship had become a toxic mess. I knew if I didn’t walk away then, my future would be as stormy as the night.

We had a ring. I’d planned my whole life around him. And I knew that breaking up would break my heart.

As the wind howled and rain poured down my back, I felt God urging me to end the relationship. There in midst of the storm, I made one of the most painful decisions I’ve ever had to make. Here’s what I learned:

10 Ways to Let Go of a Toxic Relationship:

1. Don’t look back. I got my car, packed my bags, and without even saying goodbye, I left Auburn University and never came back. I had to put distance between us, fast. Looking back wasn’t an option for me. I left the relationship behind both physically and mentally. Looking back only causes misery. It stops the healing process. This meant no late-night phone calls or rehashing who did what. I got rid of old photos and memorabilia—anything that perpetuated or trigged memories. Making a clean break helped me let go.

2. Accept that it’s going to be pretty lonely at first. I moved to another university, joined a new sorority chapter and a new church. Being single again left me feeling alone and empty. But eventually, I learned that feeling lonely and being alone isn’t the same thing. I wasn’t alone—I had a loving family, friends and an ever-present God. I learned that focusing on how I felt was paralyzing, so I focused on adding positive streams to my life such as new friendships, hobbies and areas of service. These streams eventually began to flow with blessing, but it took a while.

3. Give yourself a break. At first, I beat myself up for making dumb dating choices and ruining my life. Finally, I forgave myself and let my heart grieve the loss. A friend once told me that tears are cleansing—I think that’s true. The worst thing you can do is bottle up your tears and pretend nothing is wrong while you loathe yourself, inwardly. Allow the tears to fall. Feel the pain. Let yourself off the hook and then, move on. Eventually, the sadness will diminish and the tears will cease.

4. Expect opposition. Some of my “friends” weren’t very understanding after my breakup and they said some hurtful things. Then, I endured several disastrous first dates. Overly zealous relatives tried to play matchmaker, putting me in awkward situations. Yet as I persevered, it got easier. I learned that opposition always comes against positive change. This confirmed to me that walking away meant I was walking to a better life.

5. Don’t think you’re the only one. You’re not. At first, I thought that I was the only one who had ever suffered such terrible heartache. I was embarrassed for feeling so wounded and weak. Later, I realized that hearts break every day—it happens to most of us, sooner or later. Finding a Godly mentor (or a counselor) would’ve helped me, but honestly, I was too prideful to reach out. This made rebuilding my life much harder.

6. Refuse to be negative. At first, I talked about my negative relationship drama way too much. I tried to explain my “side” to everyone who would listen. But rehashing “woulda, coulda, shoulda” didn’t help me heal—it just kept my emotional wounds open and bleeding. Finally, I learned it was more beneficial to think and talk about growing and rebuilding my life. Your thoughts and words affect your heart, so it’s essential to keep them positive when you’re hurting.

7. Pray. Prayer is like a medicine; it works best when it’s applied daily to emotional wounds. Back then, my prayers were sporadic and sometimes, way too general. It would’ve been better to apply prayer directly to my pain each day, asking God to heal my wounds, cleanse my attitude and rebuild my future. The Bible is filled with specific prayers—something I’ve only noticed recently—and so, it’s beneficial for us to pray specifically, too (Acts 4:29-30).

8. Evaluate what you’ve learned. Pain can be an effective teacher, if you’re willing to learn from it. After a few months, I began to evaluate what I had learned. I realized that my ex-boyfriend wasn’t solely at fault—I’d contributed to our problems, too. I didn’t want to make the same mistakes again, so I made a list of toxic personal qualities and a list of healthy ones. Evaluation helped me identify which qualities to strive for and which qualities to avoid.

9. Trust God to heal you. When I felt discouraged, I’d say to myself “no life is transformed overnight.” God’s healing often takes months and years, rather than days or weeks. His work is often imperceptible, but later on, His fingerprints show up in unexpected places. Believing that He is your personal healer opens the way for Him to work wonders. A year later, the Lord blessed me with a new life and a new fiancé.

10. Invest in your soul. My breakup left a big, gaping hole in my life. Eventually, God helped me fill it, but it was so much harder than it had to be. I wish I’d known back then how spending time with God deposits love, wisdom, and joy into your soul. Seeking Him transforms your life, one encounter at a time. (Read about my journey of discovery in my book, Seeking a Familiar Face)

The pain of my breakup was real. For a while I felt hopeless and lost, but finally, I realized that God was at work within my storm. I couldn’t see what He was doing, but I felt the promise of something better if I just kept going—and there was.

God used the crisis to teach me what I needed to know about myself and love and loss. And even though it really hurt then, I wouldn’t change it, now. My experience prepared me to love a wonderful man and we’ve been happily married now for thirty-two years.

If you are in a toxic relationship, there is no better time to walk away than today. God can supply the strength you need, for He truly wants the best for your life (Is. 41:10). Draw closer to Him each day as you work through the pain of letting go, believing that He will bring you through (Rom. 8:28). Somehow, the Lord can weave tough lessons and bitter tears into incredible blessings.

May Patterson has been writing and teaching Bible study classes for years. Last year she released her first book, “Seeking a Familiar Face.” Now, she has just released its companion Bible study workbook. May trained in small group dynamics for over ten years with Bible Study Fellowship, serving as a leader for four years. She has written for various magazines including Focus on the Family, Upper Room Magazine and iBelieve, and is a sought-after public speaker. May is married to her dear friend, Mike, and they have three grown children. She loves to tell stories, laugh, and talk about the adventure of seeking God. Read more from May by visiting: http://www.maypatterson.com.