4 Things Mandisa Reveals about Her Battle with Depression in Her Book, Out of the Dark

4 Things Mandisa Reveals about Her Battle with Depression in Her Book, Out of the Dark 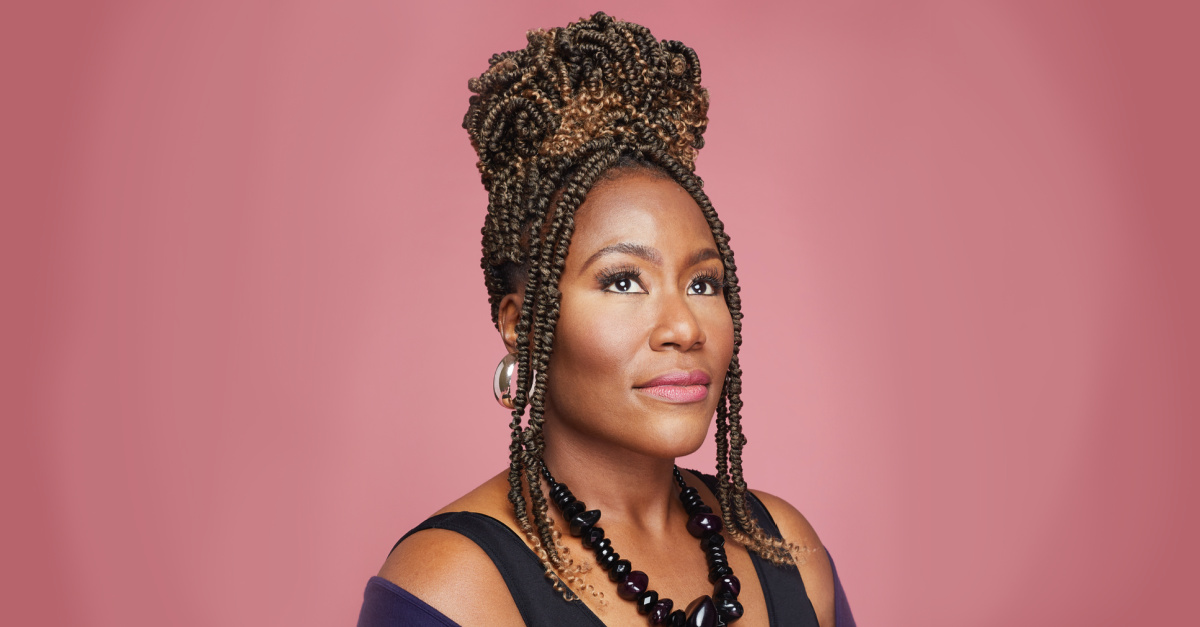 The year was 2014, and Christian musician Mandisa had reached several long-time goals. She was winning awards. Her music was playing on the radio. She even had gained mainstream notoriety.

Inside, though, Mandisa was struggling.

A close friend had died — the same friend who was the subject of the 2013 upbeat tune Overcomer. Mandisa was angry at God. She even considered suicide.

“I was close to taking my life,” she told Crosswalk recently. “That’s when I realized, ‘This is not okay.’ It’s one thing to feel sad. But this was a long period that I was in this place.”

Mandisa opens up about her mental health battle in her new book, Out of the Dark: My Journey Through the Shadows to Find God’s Joy. Writing it was one of the most difficult things she’s ever done, she said.

“It was bringing up a lot of things that I had swept under the rug,” she said. “… Some of these things, I’ve wanted to forget about. … Writing music is very cathartic for me, it always is. This was quite the opposite.”

Here are four things she says she wants you to learn from her new book:

Mandisa is known as the outgoing, joy-filled singer of positive, hopeful songs. But in Out of the Dark, she explains how she often has struggled with mental health, including after her close friend, Kisha Mitchell, passed away from cancer.

At one point during Kisha’s battle, Mandisa brought her on stage as she sang Overcomer, telling her that $25,000 had been raised for her medical bills. Looking to the future, Mandisa imagined a future concert in which she would declare that “God had healed” Kisha completely, Mandisa writes.

But less than one year later, Kisha died. Mandisa writes that she felt “betrayed by God” because Kisha’s story “didn’t end the way I thought it should.”

Mandisa wants Christians to realize that countless people around them are silently struggling with mental health battles. She also wants those who are facing such issues to get help.

“I really want it to be something that sparks conversations, especially in the body of Christ, about these mental health issues,” she told Crosswalk. “It is something that so many of us are facing, and often are doing it in silence.”

2. Community and Counseling Are Essential

Mandisa considers herself an “ambivert” – a combination of an introvert and an extrovert – and says she tends to crawl into a shell when facing pain. That, in turn, makes the lonely moments even darker.

“When I experience pain, I like to retreat,” she writes.

Yet loneliness, she told Crosswalk, is not part of God’s plan for dealing with depression. Community, she said, is “something that God cares deeply about.”

“Anytime I hear someone say, ‘Well, I don’t need anybody, it’s just God and me,  and that’s enough’ – that’s kind of a red flag for me, because I believe that He created us for community,” she told Crosswalk.

Community is so important, Mandisa writes in her book, that she moved across town to “live in the area [where] most of my friends live.”

She gave her friends permission “to speak into my life and to bang down my doors if they see me going to that place,” she told Crosswalk.

Mandisa, in her book, says she longs to be married one day but that she’s “also decided I won’t live my life ‘alone’ until then.”

“I’ve come to understand that just as I would turn to a doctor for physical health, there are professionals that can help me in these [other] areas that I am not so great at addressing,” she told Crosswalk.

3. People Cover Their Pain with Idols

Mandisa is open about her personal struggles, writing in the book that for “most” of her life, she has turned to “food and emotional eat­ing” to comfort her during emotional pain. She calls food and other addictions in our lives “shackles” that keep us “from the life of freedom God desires for us.” Jesus, she writes, came to “make us free.”

“Even when I was a child, food was always the thing I turned to when I was sad. When my dad and stepmom moved to Texas, I found solace in ice cream and chips,” she writes.

Idols, she told Crosswalk, are all around us.

“Honestly, anything that we turn to before God, that is an idol. For me, that’s food,” she told Crosswalk. “… You can enjoy food, and you can enjoy television. But when you’re doing it to mask something, that’s when it’s not a good idea.”

In Out of the Dark, Mandisa describes how she won the hearts of countless fans on American Idol and recorded songs that her label loved – and yet she still wasn’t at peace with her career. Her first album, True Beauty, debuted at No. 43 on the Billboard chart, but those numbers “were nothing compared to the record sales of some of my fellow Idol contestants,” she writes.

“As I compared myself to the incredible successes of my fellow finalists, I felt like a loser,” she writes.

Eventually, Mandisa realized she needed a change in perspective. In Out of the Dark, readers learn that fame — which is something that millions of us chase — didn’t bring Mandisa peace.

“I would drive myself crazy if I allowed chart position to be the main barometer of success,” she writes. “… I would need to set my mind on things above and pray that God would somehow use my offerings for His glory.”

Mandisa told Crosswalk she hopes the book will launch a discussion. Her prayer, she said, is the words of Psalm 40:3: “As many will hear what God has done, they will be amazed and they will put their hope in Him.”

“I hope that as people read it, that it will encourage other people to maybe take steps on their own mental health journey because so many of us are walking through it,” she told Crosswalk. “And I hope it will encourage people to walk through it with God and not try to do it on your own.”

Mandisa Opens Up about Her Battle with Depression in New Book: Christians Need to ‘Talk about These Issues’