COVID-19 is the most devastating plague to ravage humankind this century. This highly infectious virus was first contracted in November 2019 in Wuhan, the capital city of China’s Hubei province, through animal to human contact at the Huanan seafood market.

Within just a few short months, COVID-19 has spread like a wildfire to almost every corner of the globe, infecting a confirmed 3,870,865 of the world’s population in its wake and tallying a death toll of 267,771, as of May 7, 2020. According to the Bible, plagues are said to be one of the signs that herald the end times and the return of Jesus Christ.

What Does the Bible Say About Plagues?

According to Romans 8:20-21, plagues are a consequence of Adam’s fall from grace in the Garden of Eden:

For the creation was subjected to frustration, not by its own choice, but by the will of the one who subjected it, in hope that the creation itself will be liberated from its bondage to decay and brought into the freedom and glory of the children of God.

The onset of a plague in the Bible has always been a portent for the destruction of civilization or way of life, brought about by the hands of a wrathful God in response to acts of apostasy and other acts of disobedience against Him.

One of the most significant examples of this is shown to us in Exodus 7-12 with the 10 plagues that Moses called over Egypt at God’s command. As a result, Egyptian lives, crops, and animals were destroyed, and the 400-year enslavement of the Israelites finally came to an end.

There are other scriptures in the Bible, where God declares plagues over nations as an act of divine judgment for disobedience.

“I sent plagues among you as I did to Egypt. I killed your young men with the sword, along with your captured horses. I filled your nostrils with the stench of your camps, yet you have not returned to me,” declares the LORD.

In the New Testament, there is mention of plagues that will act as key signs that will herald the end times and the coming of Jesus Christ. The most well-known of these is Revelation 6:8:

“I looked, and there before me was a pale horse! Its rider was named Death, and Hades was following close behind him. They were given power over a fourth of the earth to kill by sword, famine and plague, and by the wild beasts of the earth.”

Even Jesus explained to His disciples in Matthew 24:4-8, that difficult times will mark the coming of the last days of earth:

Jesus answered: “Watch out that no one deceives you. For many will come in my name, claiming, ‘I am the Messiah,’ and will deceive many. You will hear of wars and rumors of wars, but see to it that you are not alarmed. Such things must happen, but the end is still to come. Nation will rise against nation, and kingdom against kingdom. There will be famines and earthquakes in various places. All these are the beginning of birth pains.”

That being said, the Bible also offers scriptures that speak of God’s love and protection during pandemics and other catastrophes.

Psalm 91:5-6 offers such comfort: “You will not fear the terror of night, nor the arrow that flies by day, nor the pestilence that stalks in the darkness, nor the plague that destroys at midday.”

God can also use a pandemic to fulfill His purpose of redemption, teach us obedience and gratitude, and even stir up a revival. Consider the following scriptures:

Plague went before him; pestilence followed his steps. He stood, and shook the earth; he looked, and made the nations tremble. The ancient mountains crumbled and the age-old hills collapsed — but he marches on forever (Habakkuk 3:5-6).

And yet, what is so beautiful about God’s Word is His promise to love us and provide for us, regardless of how dire our situation is:

“Though the mountains be shaken and the hills be removed, yet my unfailing love for you will not be shaken nor my covenant of peace be removed,” says the LORD, who has compassion on you (Isaiah 54:10).

And we know that in all things God works for the good of those who love Him, who have been called according to His purpose (Romans 8:28).

Jesus looked at them and said, “With man this is impossible, but with God all things are possible” (Matthew 19:26).

Although the coronavirus is the most disastrous plague that has impacted humanity this century, there is no evidence in the Bible to suggest that COVID-19 is one of the plagues prophesied in Scripture.

Why? The four horsemen that are mentioned in Revelation 6:8 have each been allocated power “over a fourth of the earth to kill by sword, famine and plague, and by the wild beasts of the earth.”

With a current world population of approximately 7.8 billion, the death rate for COVID-19 would have to reach approximately 1.95 billion people, in purely mathematical terms for this prophecy to come to pass.

Throughout history, pandemics and epidemics have emerged and have wrought havoc on the world on an average of about two per century.

This is, in part, due to a change from agrarian to urban lifestyles over time, ease of travel between countries and exposure to diverse people, and increased interactions between people and animals.

Like the coronavirus, the afflicted contracted the above viruses through person to person contact via body fluids or touching surfaces with the virus and afterwards touching their eyes or mouth.

With the state of the world as it is, plagues and pandemics appear to be an unavoidable negative externality of civilized living.

With regards to the COVID-19 pandemic, the current global concern is not necessarily the virus itself; according to the WHO, flu-related viruses claim between 290,000-650,000 lives every year.

Rather, it is the alarming rate at which the COVID-19 virus is spreading, it’s highly infectious nature, and the fact that a vaccine has not yet been discovered that is causing widespread consternation.

Why Is God Allowing This Pandemic?

It is normal to question God’s goodness during this time when millions of people are suffering as a result of the health and economic consequences of this pandemic.

It is a sad truth that the world has always been a broken place, dating back from the fall of man in the Garden of Eden. Suffering and sickness have been a part of this world for so long; humans in their imperfection and frailty have chosen to follow the wrong paths, which has led to detrimental consequences for mankind and the planet.

Though the Bible gives accounts of plagues as a result of God’s wrath, the New Testament speaks of God’s love, mercy, and ultimate sacrifice for us through the blood of His Son Jesus Christ on the Cross of Calvary. For that reason, we need not fear a wrathful God, rather we can rejoice in a God of grace and mercy, who forgives us for our sins and transgressions.

What Does This Mean?

Therefore, let us use this time to love and serve our fellow man through this crisis; let the Kingdom of God that resides in us be reflected in every dark crevice and corner of this diseased, fragile and fallen world.

And most of all, let us trust in God’s mercy and sovereignty to make all things work out for our good; He has conquered the world, even COVID-19! 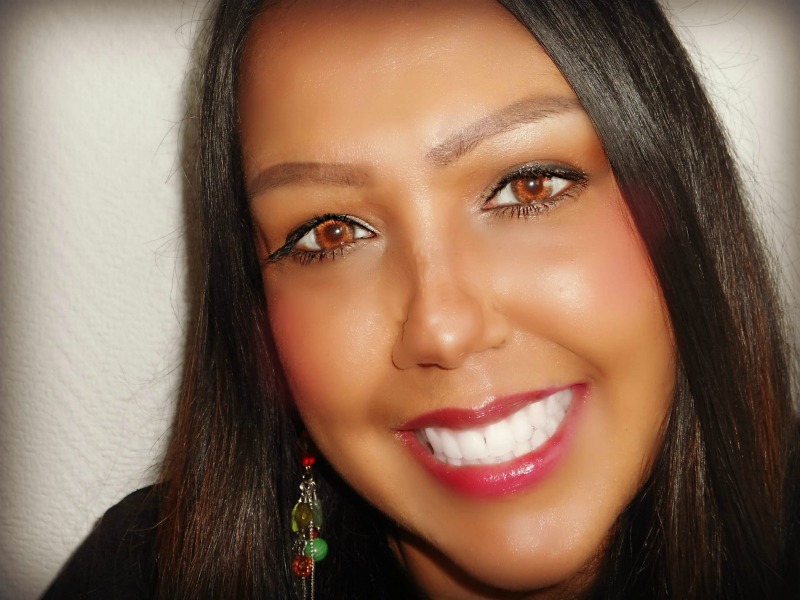 Madeline Kalu is a Christian writer and the co-founder of Jacob’s Ladder Blog. She was born in England but currently lives in Germany with her husband, Solomon. As a response to the fear, anxiety, and despair generated by the COVID-19 pandemic, Jacob’s Ladder Blog has written a free EBook titled “More than Conquerors through Christ” to encourage, strengthen, and give hope in the midst of this pandemic. You can download the EBook or read it online at www.jacobsladderblog.com.