Does the Bible Say That Guardian Angels Are Real?

Does the Bible Say That Guardian Angels Are Real? 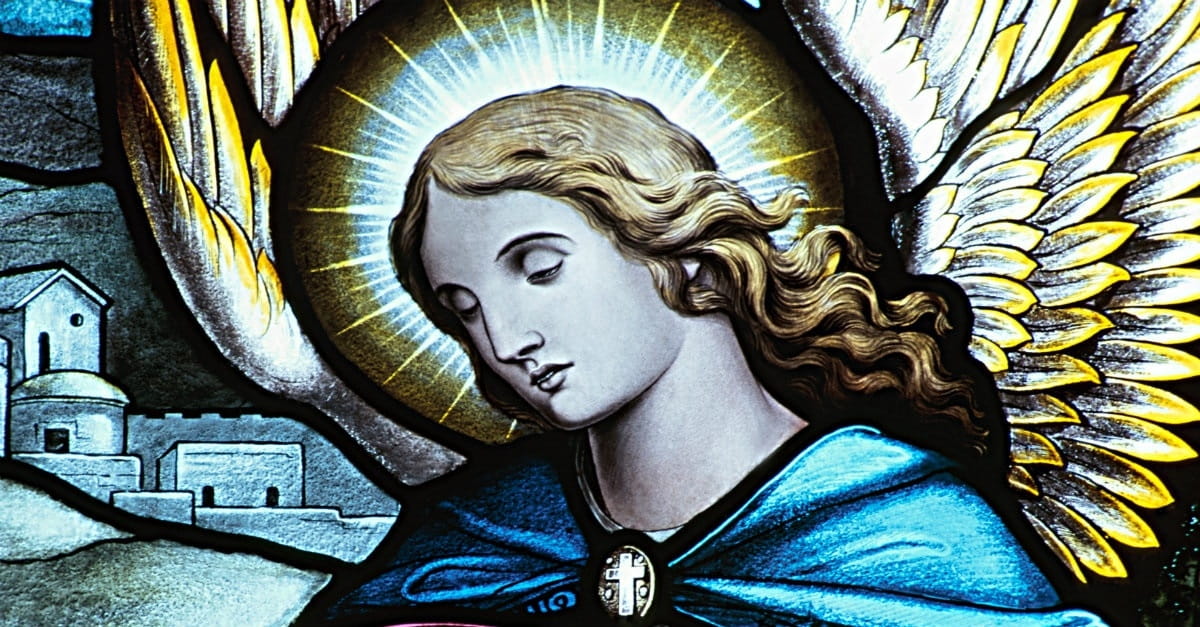 It’s not wise to think about the reality of guardian angels without considering who angels are biblically. Images and descriptions of angels in the media, art and literature often give us a distorted view of these magnificent creatures.

Angels are sometimes portrayed as cute, plump, non-threatening cherubs. In many paintings, they look like feminine creatures in white robes. Increasingly in art, however, angels are portrayed as strong, masculine warriors.

Many people are angel-crazy. Some even pray to angels for help or for blessing—almost like wishing on a star. Collectors in Angel Clubs amass “everything angel.” Some connected with New Age teachings conduct angel seminars to help people communicate with angels for “divine guidance” or to experience “angel therapy.” Unfortunately, angels can serve as an otherworldly focus to appear “spiritual” but not deal directly with the Lord.

Even in some churches, believers misunderstand angels’ purpose and their activity. Are there guardian angels? Yes – but we have to ask some questions. What are angels like? Who are they guarding and why? Is guarding all they do? Let’s take a look at what the Bible tells us about angels.

Who Are The Angels?

Angels are God’s “messengers,” His special creations—called “flames of fire” and sometimes described as fiery stars in the heavens. They were made right before the foundation of Earth. They were created to do God’s bidding, to obey His will. Angels are spirit beings, not bound by gravity or other natural forces. They do not marry or have children. There are various kinds of angels: cherubim, seraphim, and archangels.

How Does the Bible  Describe Angels?

Angels are invisible unless God chooses to make them visible. Specific angels appeared throughout mankind’s history, because they are immortal—not having physical, aging bodies. The angelic host is too numerous to count; and while they are not all-powerful like God, angels do excel in strength.

They can exercise their own will, and in times past, some angels did choose to pridefully rebel against God and pursue their own agenda—later becoming mankind’s greatest enemy, however; an innumerable number of angels stayed faithful and obedient to God, worshiping Him and ministering to the saints.

Although angels can be present with us and hear us, they are not God. They have some limitations. They must never be worshipped or prayed to because they are subject to Christ. Randy Alcorn wrote in Heaven, “There is no biblical basis for trying to make contact with angels now.” Although angels are apparently intelligent and wise, Alcorn says, “We’re to ask God, not angels, for wisdom (James 1:5).”

Still, given that angels have been with believers throughout their lives, they have observed and know us. They have witnessed many of the blessed and crisis events in our lives. Won’t it be wonderful to someday hear their stories about what was going on behind the scenes?

Who Do Guardian Angels Protect?

Contrary to popular thinking, the Bible never says angels guard everyone. In Psalm 91:11, the Psalmist, referring to the Most High God, says, “For he will command his angels concerning you to guard you in all your ways.” It’s important to know who the “you” is in this scripture.

The answer is suggested in verses 14 and 16: “Because he loves me,” says the LORD, “I will rescue him; I will protect him, for he acknowledges my name … I will satisfy him and show him my salvation.” The angels are “ministering spirits” sent out from God to serve “for the sake of those who are to inherit salvation.”

Angels are commissioned to watch over and protect believers at the Lord’s command. They don’t work independently from Him and they don’t understand everything. They are not omniscient. Angels are curious about the salvation God offers humans and how He chooses to work through His people. Paul described the apostles as a “spectacle” not only for people, but also for the angels.

Does Every Believer Have a Specific Guardian Angel?

Now let’s get to the heart of this issue. Among other things, angels guard believers, but does every Christ-follower have an assigned angel?

Throughout history, considerable controversy arose about individual Christians having specific guardian angels. Some church fathers, like Thomas Aquinas, believed in assigned angels from birth. Others, like John Calvin, rejected this idea.

Matthew 18:10 seems to suggest “little ones”—new believers or disciples with childlike trust—are cared for by “their angels.” John Piper explains the verse this way: “The word “their” certainly implies that these angels have a special personal role to play in relation to Jesus’s disciples. But the plural “angels” may simply mean that all believers have numerous angels assigned to serve them, not just one.”This suggests any number of angels, who “see the face” of the Father, might report for duty when God sees His children need special intervention. Angels are continually at God’s command as overseers and guardians.

We see this in scripture when angels surrounded Elisha and his servant, when Lazarus was carried by angels after death, and even when Jesus noted He could have called 12 legions of angels—around 72,000—to help him at His arrest.

I remember the first time this imagery captured my thinking. Rather than looking to one “guardian angel” to help me as I’d been taught from childhood, I realized God could rally thousands of angels to assist me, if that were His will!

And more than that, I felt encouraged to remember I’m always in God’s own care. He is infinitely more powerful than the angels.

How Are Angels Active in Believers’ Lives?

The truth is, if we’re thinking in terms of “guardian” angels, we’re selling the ministry of angels short. We’re limited in our understanding of what they do for God’s children and in service to the Lord.

Christians are most familiar with the idea of angels guarding and protecting us. But that’s not all they do! Angels also can deliver, guide, enlighten or reveal information, provide for believers, serve as instruments of God’s judgments, carry out some of God’s answers to our prayers, encourage, strengthen, serve, and help God’s children at their time of death, carrying them to heaven. That last one intrigues me. Because Satan is the ruler of the power of the air, theologically I can picture angels being enlisted to protect us as we pass from this world into our heavenly home.

When I first studied how angels interact with believers, all I could say was, “Wow! Thank you, Father, for these powerful gifts to help Your people!” Angels definitely are influential in believers’ lives—in my life!

We do not become angels—angels do not experience the wondrous redemption Christ provides for His children—but perhaps these special agents of God will be our teachers about heavenly things. After we leave this world, the immortal angels will likely still be our heavenly companions. These magnificent beings who express emotions like joy and curiosity have intersected our lives in so many ways, and as they carry us to heaven, they will perhaps be the first ones to see our amazed and joyous expressions as we pass through heaven’s gates.

Angels are remarkable, marvelous, but it’s important to keep a proper perspective about them. Dr. David Jeremiah wrote: “Angels are sent, but the messenger is never more important than the sender.” Our focus must be on Christ who created and purposed these wondrous creatures.

Though misunderstood and underestimated, guardian angels are real. If we will learn from their example, angels can help us guard our hearts. Perhaps their greatest role in our lives is to model absolute, holy submission to God, unquestioning obedience, and faithful worship.

Dawn Wilson and her husband Bob live in Southern California. They have two married sons and three granddaughters. Dawn assists author and radio host Nancy DeMoss Wolgemuth with research and works with various departments at Revive Our Hearts. She is the founder and director of Heart Choices Today, publishes Upgrade with Dawn, and writes for Crosswalk.com. Dawn also travels with her husband in ministry with Pacesetter Global Outreach.