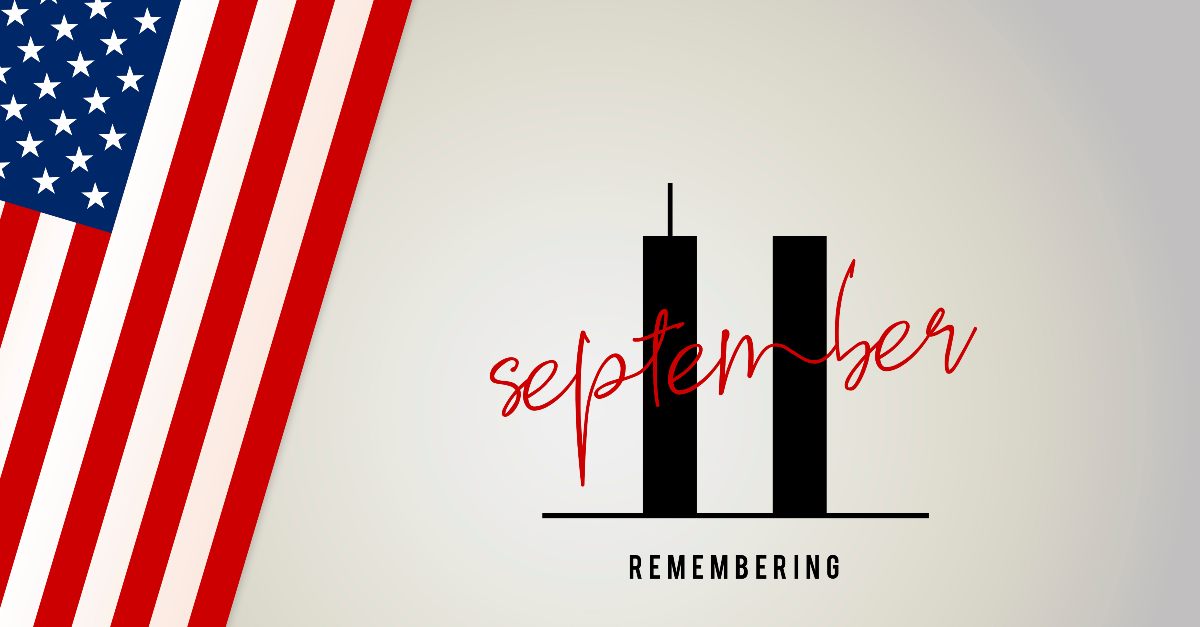 September 11, 2021, marks the 20th anniversary of 9/11. On that day, 20 years ago, two planes crashed into the North and South Towers of the World Trade Center. Two other planes also crashed that day, one into the Pentagon building and another one crashed in Pennsylvania instead of the intended target of Washington, D.C. Orchestrated by the Islamic extremist group, Al-Qaeda, the attacks caused devastation in the United States. Thousands of children lost a parent, people lost family members, and first-responders were terribly affected as many lost their lives in the attempt of rescue.

While the 20th anniversary of the 9/11 attacks will recall painful memories as well as the heroic sacrifice of first responders and civilians who risked their lives to help others, the day reminds Americans and others across the world of the terrible effects of sin.

The darkness of extremist Islamic teachings, which drove individuals to kill thousands of people in an act of terrorism demonstrates the vast need for the gospel message. Today, the message of light and hope found in Jesus Christ is needed just as much as on the terrible day of September 11, 2001.

A Day No American Will Forget

Many Americans alive today distinctly remember the day of the 9/11 attack. In fact, most people can remember exactly what they were doing when they heard about the plane crashes and the destruction of the Twin Towers.

News channels covered the terrible event and Americans around the nation were horrified and shocked by what they saw happen before their eyes. No one could have expected the deadliest act of terrorism in history, which began at 8:46 in the morning.

Both the North and South Tower of the World Trade Center was hit by two separate planes, which had been hijacked by Al-Qaeda terrorists. Occurring only minutes apart, the two towers were hit and eventually collapsed. Less than an hour after the Twin Towers were hit, a plane crashed into the Pentagon in Virginia.

A fourth plane, which had been hijacked by terrorists but resisted by the heroic passengers, crashed in Pennsylvania instead of the intended target of the Capitol in Washington, D. C. According to the 9/11 Memorial and Museum website, “The attacks killed 2,977 people from 93 nations: 2,753 people were killed in New York; 184 people were killed at the Pentagon, and 40 people were killed on Flight 93 [the fourth plane].” In addition to the people who were killed from the attacks, thousands of others were also injured.

From a biblical perspective, this event demonstrates the wide-reaching effects of sin on mankind. People died because of the sinful intentions of Islamic extremists who were willing to kill civilians to convey their message of hate.

Because of sin, there is death and devastation in the world (Romans 5:12). Terrorism and murder are examples of the sinful nature of people, who choose to take the life of other human beings who are made in God’s image (Genesis 1:27).

Such actions are not pleasing to the Lord despite what Islamic extremists believe (Exodus 20:13; Deuteronomy 5:17). Many survivors and family members affected by the 9/11 attack continue to suffer long-term mental, emotional, and physical effects because of the sinful choice of others.

In addition to the devastating loss of life on September 11, 2001, the day also reminds Americans and others of the heroic sacrifice of first responders and civilians during the attacks. Of the many examples of first responders who heroically risked their lives were the firefighters of New York.

They willingly went into the burning and collapsing buildings to save and rescue the lives of those who were trapped or injured. Numerous firefighters lost their lives on 9/11, “the deadliest incident ever for firefighters.”

Heroically, the men and women first responders who risked their lives reflect the biblical truth that “greater love has no one than this: to lay down one’s life for one’s friends” (John 15:13, NIV).

Multiple stories of civilians risking their lives to help others on 9/11 also display sacrificial love and heroism. For instance, the passengers and plane crew on Flight 93 fought against the terrorist hijackers after learning about the other crashes. Despite the pressure and obvious danger of resisting the terrorists, the passengers and crew courageously fought against the hijackers.

In a brave attempt, they tried to regain control over the plane, but the terrorists chose to crash the plane instead of risking the loss of control for their mission. All such actions by numerous first responders and civilians reflect Jesus’ heroic sacrifice when He died to save mankind from their sins.

Although Christ’s sacrifice is unprecedented, these men and women’s willingness to help others in the face of death points to the spiritual truth of Jesus’ willingness to die to bring salvation to mankind. The greatest form of love was demonstrated by Jesus when He laid down His life for mankind, which is emulated when others choose to die for their fellow man (1 John 3:16).

The Need for Light in the Darkness

Both the devastation and heroic sacrifice of numerous people on September 11, 2001, should remind individuals of the darkness in the world and the need for light. The day of 9/11 is a day of remembrance for all those who lost their lives and those who have ever since been affected by the terrible act of terrorism.

Darkness and tragedy define the day, only countered by the recollection of the multiple acts of heroism by firefighters, civilians, and others. However, Christians today can speak words of hope amid the sadness and pain of September 11.

Jesus is the Light of the world (John 8:12). He came to the world to die and be raised to give eternal life and forgiveness of sin to all who believe (Matthew 20:28; John 3:16). Even the darkest moments in human history cannot compare to the darkness and suffering on the day when Jesus hung on the cross at Calvary (Isaiah 53:5-7; Matthew 27:45-46).

The message of Jesus’ death and resurrection is the only hope to a hurting and broken world (John 14:6). His gift of salvation is freely offered to all, including those who have been affected by the tragedy of 9/11 (Romans 10:9-10, 13). Radically, the gospel is offered to everyone, including modern Islamic extremists who are wrongly trying to earn God’s favor through terrorism.

Christ calls all people to lay down their burdens, pain, and wrong motives and turn to Him to find peace and rest (Matthew 11:28-30). One day soon, He will return and eradicate death and suffering (Revelation 21:4).

On that future day, terrorism, pain, and the death of loved ones will no longer occur. Instead, God will wipe away all tears and everything will be made right. Believers long for that day and want others to have the same hope. Jesus is the Light in the darkness that people need during this difficult time.

Thus, when people observe September 11 this year, they will discuss the horrific events of the day as well as the heroic acts of bravery from first responders and others. Americans will remember the terrible day, which has forever changed their nation. However, people can also be soberly reminded of the fact that sin is prevalent in the world accompanied by death and pain.

The courageous sacrifice of individuals on 9/11 can also serve as a reflection that points people to the ultimate sacrifice of Jesus Christ, who died to provide the gift of eternal life to all who trust in Him. On the 20th anniversary of 9/11, the hope of Jesus Christ can provide the peace, healing, and hope that people long for during a day of tragedy and suffering.

How Should a Christian Respond to Grief?

Why Does God Allow Suffering?

Why Are We Called to Love One Another?

Sophia Bricker is a freelance writer who enjoys researching and writing articles on biblical and theological topics. In addition to contributing articles about biblical questions as a contract writer, she has also written for Unlocked devotional. Holding a Bachelor of Arts in Ministry and currently pursuing a Master of Arts in Ministry, she is passionate about the Bible and her faith in Jesus. When she isn’t busy studying or writing, Sophia enjoys spending time with family, reading, drawing, and gardening.