What Is Paradise and Is it the Same as Heaven?

What Is Paradise and Is it the Same as Heaven? 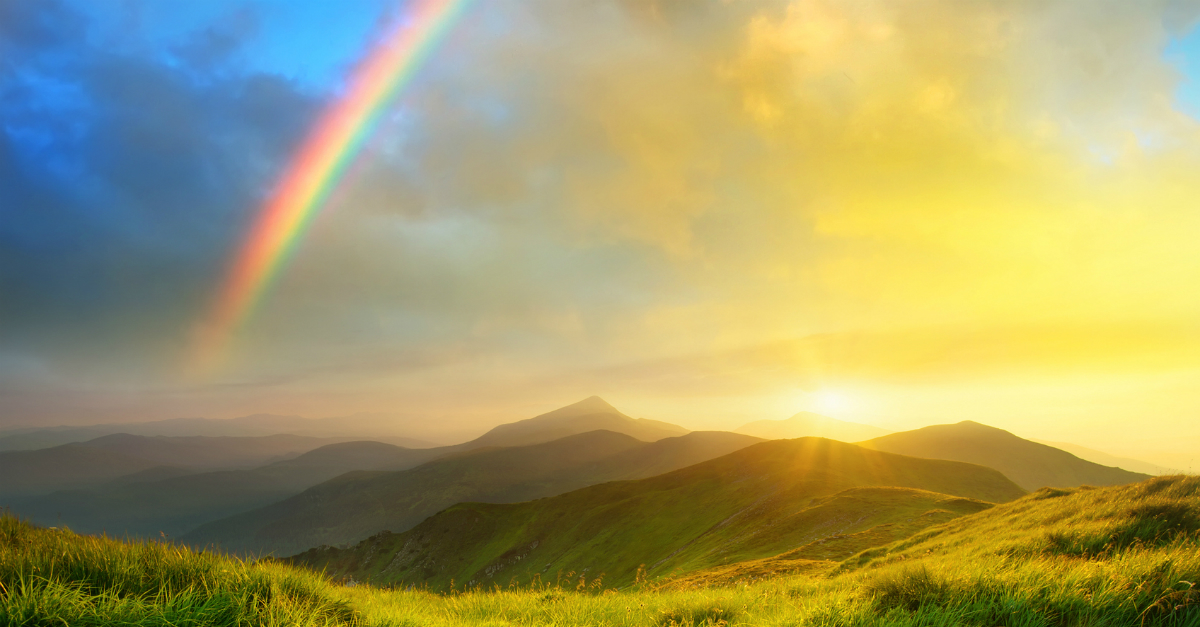 There are two thieves hanging on a cross next to Jesus. One is mocking, the other exhibits a bit of faith and asks Jesus to remember him when Jesus comes into His kingdom. “Jesus answered him, ‘Truly I tell you, today you will be with me in paradise.’” Why doesn’t he say, “today you will be with me in heaven”? What is paradise and is it heaven? Is it a sort of holding tank where believers go before the resurrection? Or was paradise the place where Old Testament saints went when they died but after the resurrection when people die, they go to heaven? Is paradise a different place than heaven?

I will answer this question by explaining a little about the word paradise and where it appears in the Bible. But it’s also important to understand a little about heaven and the new heavens. Hopefully, by the end, you’ll understand why the answer is both yes and no.

Where Does the Bible Talk about Paradise?

Paradise is a word that is likely borrowed from the Persians. It means “garden.” The word appears in the Hebrew Old Testament only in three places where it refers to a park (Ecc. 2:5), a forest (Neh. 2:8), and an orchard (Song of Solomon 4:13). But the word seems to have taken on a new flavor after the Babylonian Exile. In the Septuagint (LXX) the Greek word paradeisos is used for the Garden of Eden. “Paradise” becomes God’s Garden. The Anchor Yale Bible Dictionary explains it well:

The religious meaning—God’s garden or Paradise—entered Jewish thought and vocabulary after the Babylonian Exile, was combined with the hope of a blessed eschaton, and appears in the Apocrypha (2 Esdr 4:7; 6:2; 7:36, 123; 8:52) and frequently in other early Jewish writings. (Paradise).

Thus, by the time of the New Testament paradise became synonymous with resting in God’s presence. The word paradeisos only appears three times in the New Testament. It is the locale where Jesus tells the thief on the cross he will be with him in Luke 23:43. Paul speaks of being caught up into the “third heaven” and then almost synonymously refers to it as “paradise”. And in Revelation 2:7, Jesus tells the church in Ephesus that they will be granted to “eat of the tree of life, which is in the paradise of God”. Revelation 2 clearly has overtones of the Garden of Eden.

It is surprising that the word paradise only appears six times in the Scriptures. And yet the concept, of God’s presence with humanity, is all throughout.

What Is Paradise and Is It Heaven?

If you ask your friend about his trip to the Bahama’s he might respond that it was a paradise. There is a town in California with the name Paradise and another locale south of Vegas referred to as Paradise. If you’re in Texas you could visit a tobacco store called Smokers Paradise. There are television shows with the name paradise in them, and it’s a word which luxury hotels will use to sell their products. Paradise has become a common word within our vocabulary. But what does it mean?

According to Merriam-Webster’s paradise is “a very beautiful, pleasant, or peaceful place that seems to be perfect.” Or it is a “place that is perfect for a particular activity or for a person who enjoys that activity.” Finally, it is a “state of complete happiness.” Is this what the Bible means when it refers to paradise?

As stated earlier, the word originally referred to a garden. Specifically, it referred to the lush and walled gardens of the Persian kings. The Garden of Eden, then, is a perfect representation of a paradise. Merriam-Webster isn’t that far off when it refers to a beautiful, pleasant and peaceful place. But the difference between the two is that in the Scriptures what makes the Garden of Eden so wonderful is not the trees or the rivers or the luscious fruits, it is the presence of Almighty God. When the first couple is booted out of the Garden (note the concept of being walled away) the great tragedy is not simply that they now have thorns instead of beautiful gardens, it is that they are removed from the good presence of God. The story of the Bible is about humanity returning to God’s presence through the work of God’s Son, Jesus Christ. Milton wasn’t far off—the Bible is about Paradise Lost and Paradise Regained.

If we use the simplest of definitions for both paradise and heaven, we see that they are practically synonymous. They both refer to a place of happiness that is filled with the good presence of God. In 2 Corinthians 12:4 Paul seems to refer to the “third heaven” and “paradise” as the same locale. When Jesus tells the thief that he will be with him in paradise, it’s certainly not wrong to connect this with Paul’s statement that to “depart” is to be in the presence of Jesus.

How Do We Distinguish between Paradise and Heaven?

There are some who teach that Sheol/Hades (the underworld) was actually made up of two parts. The good side was called paradise or Abraham’s bosom. Most get this understanding from the parable of the Rich Man and Lazarus (as well as Old Testament uses of the word Sheol).

Many who hold to this view of the afterlife will also hold to something called the Harrowing of Hades (or Hell). This view holds that when Jesus died his soul went to Paradise (in Sheol, located under the earth) but upon his resurrection, he took the souls from paradise up into heaven with him. This place would not be in the direct presence of God the Father—it would instead be a type of holding place until the final resurrection.

Though such a view is plausible, I find it a bit shaky to develop an entire theology of the afterlife upon a parable. What is clear from Scripture is that when a believer dies, they are in the presence of Christ. That is certainly enough for me. And I think these words of John Piper are particularly convicting and exposing of our true desire within the afterlife:

The critical question for our generation—and for every generation—is this: If you could have heaven, with no sickness, and with all the friends you ever had on earth, and all the food you ever liked, and all the leisure activities you ever enjoyed, and all the natural beauties you ever saw, all the physical pleasures you ever tasted, and no human conflict or any natural disasters, could you be satisfied with heaven, if Christ were not there?

What Piper is saying is that the goal of heaven/paradise is the presence of Christ. That is what the story of the Bible is really about. There is no difference between heaven and paradise when we are defining them by the good presence of God. But perhaps there is a bit of a difference when we are talking location and stage within redemptive history. I think you could say with some level of certainty that the heaven/paradise that exists now is not the same that will exist when Revelation 21-22 becomes reality.

I believe you could speak of “going up” to heaven/paradise at present. But I do not believe you can speak that way of the new heavens and the new earth. Revelation 21-22 is clear that God comes down to earth and transforming everything. Christopher J.H. Wright says it well:

In other words, the Bible’s last great vision is not of us going ‘up’ there (to heaven), but of God coming ‘down’ here (to earth). That’s why I said, I look forward to going to heaven if I die before Christ returns. But I’m not going to stay there a moment longer than it takes to receive my resurrection body and join the rest of the redeemed humanity on earth once Christ does return. That’s where Revelation 21-22 clearly locates the bride of Christ and the city of God. Not ‘up’ there but ‘down’ here! (Wright, 195)

What is paradise and is it heaven? Well, it depends on your definition. Are you talking location? If so, are you referring to the new heaven/new earth or heaven as it presently exists? If you mean as it presently exists, I think you can make a quality argument from the Scriptures that the two are synonymous. But the paradise/heaven that currently exists is not the same as what awaits us for all eternity when Christ returns. We look for the resurrection—our ultimate and blessed hope. Until then, when we die we know that we are in the presence of Christ. Whether you call this paradise or heaven doesn’t matter much. What matters is whether or not you are with Jesus. If you’re with Jesus then it is bliss. If you’re not with Jesus then it’s everything but bliss. That is the most important question to ask of paradise/heaven and hell. Are you with Jesus?