What to Do When Politics and Family Collide at Christmas

What to Do When Politics and Family Collide at Christmas 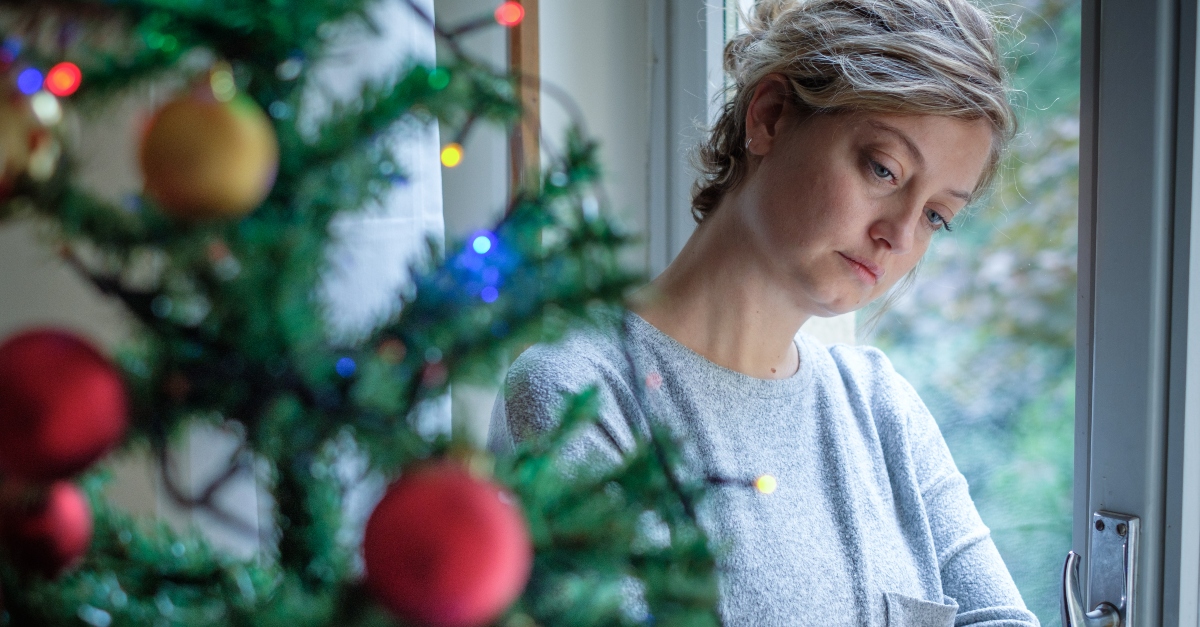 Thanksgiving this year looked different. And I bet for you—like for me and for a lot of us— Christmas will too. The reasons are plentiful.

We are still navigating a global pandemic and the risks involved with gathering in large numbers with family members whose health is in jeopardy. We are walking through the financial fallout of COVID-19 and what that meant for the job security we thought we had, but now doesn’t feel as secure as we would like.

And lastly, but certainly not least, those who are gathering are anxious about the relational turmoil they are walking into, turmoil created by and sustained by the political unrest that was in no way resolved following Election Day, and in some ways remains unresolved.

The tricky thing about family, is that you can’t choose them. And while we may share a genetic line with them, oftentimes, there’s not much more we do share than that.

And when politics is a major player in the news cycle, and extended time with family is in the cards, this can lead to a lot of angst as we envision what this holiday season might look like.

If that’s you, I’ve got good news and bad news.

The bad news? Tension around politics isn’t going anywhere. The good news? Political conversation gone wrong doesn’t have to be the way your family story unfolds this Christmas, putting a perfectly disastrous 2020 bow on the year.

When Conversations Turn Political…Run and Hide?

A lot of us, for fear that dialogue will take a heated turn when politics comes up, have learned the delicate dance of avoiding all political conversation. It’s better to pretend it doesn’t exist, we reason.

But let’s be honest. Avoidance is hardly a healthy strategy, and I am not sure it’s yielding the results we want.

Not talking politics hasn’t made the political climate better. If anything, our neglecting it has led to an atrophying of our civil discourse muscle. Then when conflict does arise, and we can’t avoid it, we’ve forgotten HOW to address our dissensions in a healthy way.

Because healthy conversation over disagreements isn’t something we happen into. And it’s not like riding a bike where, even if it’s been years since you practiced, you pick it right back up.

Because politics is personal our emotions get involved. And when politics gets emotional, one of the primary emotions we feel is rage, with a large helping of fear.

If we want civil conversations around politics we can’t just jump right in and hope for the best. We need to determine what the best is in when it comes to dialoguing around these turbulent ideas, and then we need to practice the best.

So what does a healthy conversation around legitimately different and conflicting political ideals look like? There isn’t a formula.

In fact, I would say, a conversation with one person on the same topic might ask different things of us depending on the emotional temperature in the room when it’s talked about, the baggage this topic (or relationship) might have, the tone of the conversation leading up to it.

In other words, it’s complicated. And that’s good to keep in mind. Pay attention to more than just the “issue” being brought up before determining how to respond.

How we answer these questions before getting into a heated conversation will determine how this conversation goes.

When it comes to political discourse we need a healthy dose of self-awareness, introspection and humility. When we approach the person and the topic this way, we just may be surprised how the entire tone of the conversation changes.

Give Peace a Chance

We’ve all been in those situations where we thought things were in nice, neutral territory, only to find ourselves caught in the middle of a heated and lively argument we had no intention of starting.

While avoidance of difficult topics this Christmas may not be a great idea, neither is wading into combative conversations just for the heck of it so we can see how it goes.

Which means there must be a better way.

In his famous Sermon on the Mount, Jesus walks through a list of blessings, given in a time and to a people who would have considered all of the groups Jesus said were blessed as anything but.

Among his list of blessed people were peacemakers. Keep in mind, Jesus was living in a Roman occupied land speaking to people an oppressive empire kept marginalized and sidelined.

And yet, here Jesus was, telling the people gathered on a hill, overlooking a Galilean sea, that blessed were the peacemakers because they would be called children of God.

It’s poetic sounding, but is it possible, especially when it comes to politics?

I think it is. Because Jesus isn’t asking us to keep peace—by ignoring the conflict we are in the middle of, or by bullying the opposing ideas into submission. He is inviting us to make it.

Or, as Jeremy Courtney, founder of Preemptive Love says, to seek it. In other words, to make peace involves two parties willing to pursue it.

And when it comes to politics, that isn’t always the case. So when that happens, our job is to seek it, to offer a bid for peace, to pursue relationship over conflicting positions.

And if the other person is still wanting to engage in an argument? You refuse the invitation. Seeking peace means doing your part to preserve the humanity in yourself and the other person no matter what divides us.

But if the other party isn’t interested, you aren’t held responsible. As the apostle Paul wrote in his letter to the Romans, “if it is possible, as far as it depends on you, live at peace with everyone.”

Do you part, but you can only do what you can do.

The truth is, we are living in complicated times. We are convinced of our rightness and other people’s wrongness, but when we look at the example Jesus set for how a follower of His lives, conviction isn’t the marker.

And love, in a time of conflicting opinions and hardened views and dissenting positions is tricky. But it isn’t impossible. Love is the goal.

Love in our differences, not overlooking them. Love for our uniqueness, not in spite of it. Love that doesn’t gloss over our real disagreements but neither does it see them as a reason to isolate from more challenging relationships.

Christmas this year will be different, for any number of reasons, but it doesn’t have to be as difficult as we fear it might when coming together with family we don’t see eye to eye with.

And love, no matter how challenging, will always be the way forward.

Sarah Bauer Anderson knows tensions in both politics and religion. As the daughter of a former Republican presidential candidate, Gary Bauer, she has spent her entire life learning to live in the tension both politics and religion create, striving to learn how to best navigate the complicated issues and emotional conversations around these weightier topics. In her new book, The Space Between Us: How Jesus Teaches Us to Live Together When Politics and Religion Pull Us Apart (Rodney Anderson LLC, September 8, 2020), Sarah offers introspective, thought-provoking insights on how faith provides a guiding light in navigating these tense conversations around society’s more divisive issues.